What’s in a word?

What’s in a word?…. How a simple mistake led to a massive loss!

I grew up in the UK. My father owned a restaurant in a provincial English town. We had a High Street with small shops and some national stores. I remember a Ratners Jewelry store in the High Street. This tale is about Ratners and it’s former CEO, Gerald Ratner. It’s a good tale with an important message about the power of words. So when I ask “What’s in a word?”, listen up, because this may just save you a lot of aggravation.

The Rise and the perception

Gerald Ratner worked for the family company and eventually took over as CEO. Ratners was a small family business that sold jewelry. They owned just over one hundred stores, however, the company ran at a loss year on year. This was the case until Gerald Ratner became the Chief Executive Officer. Once in the seat he changed tack substantially. The perception was that jewelry was a luxury item, something that only well to do people could afford. Gerald Ratner changed this completely. Ratners began to sell ‘Value’ jewelry, aimed at the middle market and advertised with large garish signs announcing “Sale” and “25% off marked prices”. Within a decade Gerald Ratner grew the family business to a £1 billion enterprise with 2000 stores. Gerald Ratner was rightly lauded as a visionary CEO, a Rock Star business owner. 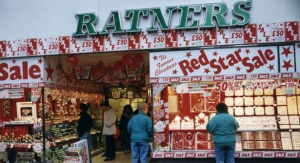 A throw away line and the power of words

Gerald Ratner’s fame won him an invitation to speak at the Institute of Directors annual convention in April of 1991. And so he did. He wrote his speech and asked a consultant to look it over. The consultant suggested he put a joke or two in there to liven it up. He added a joke or two; and then he spoke. The theme of his speech was simple enough. The growth of a business based upon the sale of ‘value’ items to the working person. It was Jewelry everyone could afford. It was a very successful strategy.

However, ‘value’ was not the word he used. Instead, the question was, “People say, ‘How can you sell this for such a low price?’…” And the punchline, “I say, because it’s total crap!”

The Fall and the reality

The next morning that ‘joke’ had made the national headlines. Within a few days Ratner’s Group shares had lost £500 million in value. By the end of the year Ratner’s Group market capitalization had shrunk by 80%. The business was broken. And Gerald Ratner was done. The power of our words!

A year later he was ousted from the Ratner Group, and having sold his shares to cover the company’s debts, walked away broke. In the final analysis, it is clear that this simple mistake had massive consequences. Of course he was not the first, nor will he be the last. 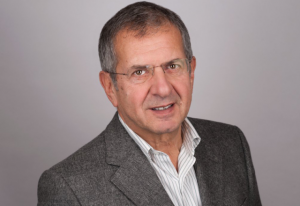 What happens in Vegas stays in Vegas, and what we ‘put’ on the internet is ‘forever’. We see foolish stunts on tik tok, spiteful posts on facebook and embarrasing pictures on Instagram. Seemingly smart people making surprisingly ill considered comments in front of the press.

It is not any single political or religious or social opinion that is at issue here. It is the ‘judgement’ of the individual who decided that they would make their position so publicly known, and often with such vicious language, on a professional networking site. We must be aware of the power of our words. Remember that what others perceive of you and your business is your reality. This is of immense import. Pithy responses and venomous comments are there for good. Even if you delete something you wrote, there is still the good old screenshot. “Yup, you wrote it… here it is!”

People will read these comments and they may well decide that they do not want to have anything to do with you or your business. If you only represent yourself or your own business, well that is on you and so is the outcome. But if you represent a business that employs you, that is a whole other kettle of fish, with other employees and managers and principals and owners all ‘on the hook’ for the fallout from your words of wisdom.

Remember, ‘Value’ is not ‘Crap’, it’s Value, and to paraphrase General James Mattis, just “Be polite, be professional.” If you have to write some vituperative comment to get it out of your system, that is fine. But like the ‘Reply-All’ email that you wrote, castigating your client for their supposed foolishness, the email that you left in the ‘Draft’ folder overnight and deleted the next morning. Do that; write, don’t publish and then delete. Or simply don’t write it all. You’ll thank me in the morning.